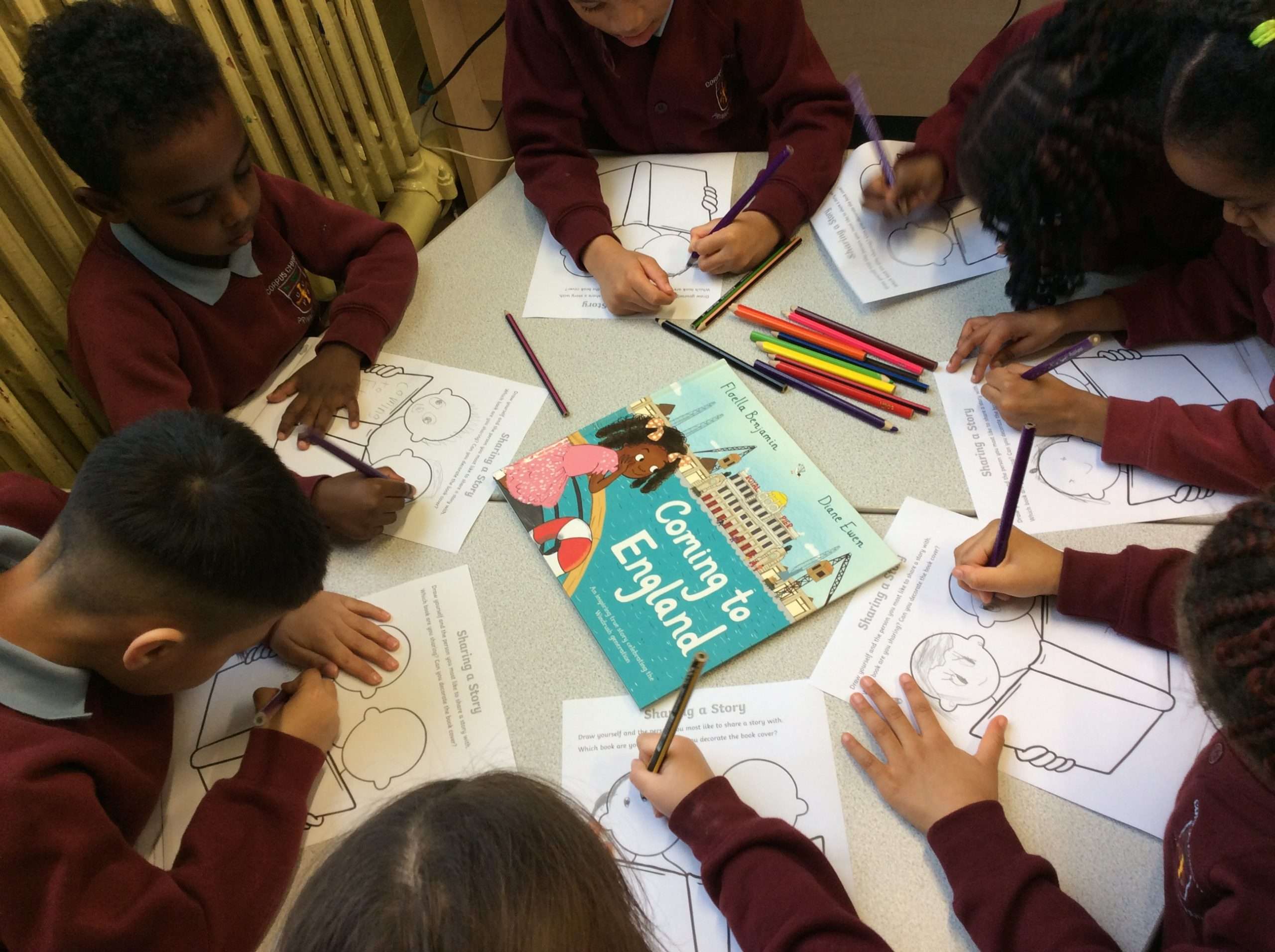 Early Years enjoyed the books we shared on World Book Day.  Reading stories is one of our favourite times of the day.  Two of our children bumped into each other, when they went to the book store to spend their voucher.  They even chose the same book! 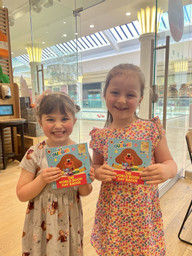 Year 1 had a lovely week exploring lots of different stories from around the world. We shared a book a day and also listened to some traditional tales from around the world on the BBC Bitesize website. On World Book Day itself, we chose our favourite from the books we’d read and drew ourselves sharing the story with someone special to us. We also discussed why the book was our favourite. My Hair by Hannah Lee was very popular as the children found it amusing and really enjoyed looking at all the different hairstyles. Handa’s Hen by Eileen Browne was chosen by some children as they liked that it had a counting theme and we discussed how books can help us to learn things that are useful. Coming to England by Floella Benjamin, The Ghanaian Goldilocks by Dr Tamara Pizzoli and The Honey Hunters by Francesca Martin were also greatly enjoyed and appreciated by the class. In fact, there wasn’t a story we didn’t enjoy! 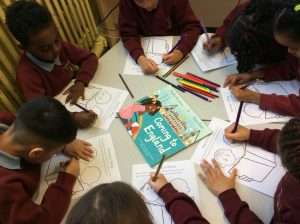 Year 2 were thrilled to receive a box of stories from around the world – they loved choosing a different one to read each day. They most enjoyed So Much and The Honey Hunters because they could join in with the repetitive phrases and sound effects. On Friday, some children drew the cover of their favourite story from the week where others wrote a book review. Some children decided to retell their favourite story in their own words.
We also enjoyed sharing some of our favourite stories from home. We described them to the class then let our friends have a look at them. 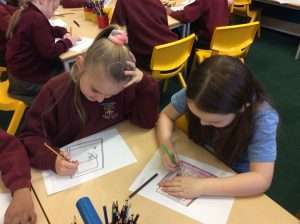 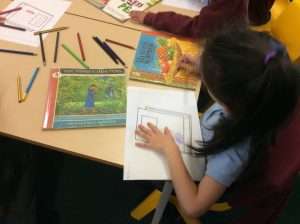 Year 3 took part in a World Book Day workshop with 19 schools from the academy trust. We voted for our favourite book from a choice of four and we chose The Worst Class in the World by Joanna Nadim. We were pleased this was the most popular book chosen by the other schools too. She has written a short story especially for World Book Day this year – ‘The Worst Class in the World in Danger’ – which is available for free with your Book Day token.

Year 4 thoroughly enjoyed reading a book from a different part of the world each day. Our favourite was a book set in Denmark called Number the Stars by Lois Lowry. The book is about the escape of a family of Jews from Copenhagen, Denmark, during World War II. The story’s title is taken from a reference to Psalm 147:4 in which the writer relates that God has numbered all the stars and named each of them. It ties into the Star of David, which is worn by one of the characters on her necklace and is a symbol of Judaism. We have enjoyed it so much, we are going to continue reading it together in class. On World Book Day we all discussed what our favourite book was and what made it so special. We have been reading How to Train your Dragon in year 4, so wanted to do something around this book. We all decided to create/draw our very own dragon! There were some very scary dragons from year 4!

To celebrate ‘World Book Week’ in Year 5 we have enjoyed listening to stories from around the world each day. Our personal favourite was ‘The Eye of the North’ by Sinead O’Hart. At first, we weren’t keen on the front cover of the book; but you should never judge a book by its cover!  We were excited by the first line in the book, which read … “For as long as she could remember, Emmeline Widget had been sure her parents were trying to kill her’ This line definitely hooked us in and made us want to read more.  On World Book Day, we participated in a range of activities to celebrate our love of reading in Year 5. We split into teams and had to solve clues to help us solve anagrams. We also took the opportunity to explore illustrations from our favourite books and made posters to decorate our library.

During world book week Year 6 have enjoyed reading a range of books from around the world. We decided that we would read a teaser from each book and then vote on which book was our favourite. We began the week reading the first chapter of Emil and the detectives by Erich Kastner, we were introduced to the main character Emil and discovered the book was set in Germany sometime between 1900 and 1930’s. Our teaser chapter ended with the character starting out on a journey to visit family. We then read ‘Welcome to Nowhere’ by Elizabeth Laird. This peaked our interest immediately as we read her novel ‘Oranges in no man’s land’ last year. We again read the first chapter and were on edge meeting the character Omar, who is the voice of the novel. The suspense was great and we ended with the line ‘How could I know what was going to happen? Nobody saw the disaster coming, especially not me.’ We then read a short story from the book ‘Happy Here’ which is an anthology of short stories written by black and ethnic minority authors. The story we chose was ‘You’re the boss’ by E.L.Norry which focused on moving on from primary to secondary school, which seemed very apt for us. It said in story form some of the worries and concerns we have had an explored them in a humorous way! The last book we read was ‘Secrets of the Sun King’ by Emma Carroll. We liked this as it starting off with a hook ‘One filthy wet Wednesday morning, the world stopped making sense.’ Straight about this made us want to read and find out what could possibly have happened to make the world stop making sense. We voted on which book we would like to read more of and it was a tie between Secrets of the Sun King and Welcome to Nowhere. I think we discovered that we love books that hook us in and leave us with a cliff hanger wanting more!

As well as spending lots of time reading various books we have also had some fun playing ‘The Masked Reader’. The children had to write three clues as to who was reading a book and three clues as to what book they were reading! It was brilliant 😊 Well done Year 6.